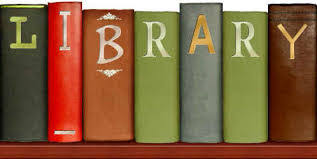 “Shadows in Death” by J.D. Robb
“Shakeup” by Stuart Woods
“Chance of a Lifetime” by Jude Deveraux
“Daylight” by David Baldacci
“Deadly Cross” by James Patterson
“Expect a Miracle” by Danielle Steel
“The Fifth Doctrine” by Karen Robards
“Fortune and Glory” by Janet Evanovich
“The Geometry of Holding Hands” by Alexander McCall Smith
“I’ll Be Seeing You” by Elizabeth Berg
“Marauder” by Clive Cussler
“Murder in Season” by Jessica Fletcher
“Murder of Innocence” by James Patterson
“The Noel Letters” by Richard Paul Evans
“Piece of My Heart” by Mary Higgins Clark
“A Promise of Ankles” by Alexander McCall Smith
“The Sentinel” by Lee Child
“Total Power” by Vince Flynn
“Truly, Madly, Deeply” by Karen Kingsbury
“Autumn Skies” by Denise Hunter
“The Book of Two Ways” by Jodi Picoult
“Acceptable Risk” by Lynette Eason
“The Brightest Star” by Fern Michaels
“Call of the Raven” by Wilbur A Smith
“Chaos” by Iris Johansen
“The Coast to Coast Murders” by James Patterson
“Elsewhere” by Dean R Koontz
“Forever by Your Side” by Tracie Peterson
“Murder Thy Neighbor” by James Patterson
“The Price of Valor” by Susan May Warren
“The Return” by Nicholas Sparks
“Return to Virgin River” by Robyn Carr
“A Time for Mercy” by John Grisham

A Week At the Shore by Barbara Delinsky
Hideaway by Nora Roberts
Bombshell by Stuart Woods
The Persuasion by Iris Johansen
The Heart of a Hero by Susan May Warren
Mrs. Lincoln*s Sisters by Jennifer Chiaverini
If I Were You by Lynn Austin
Texas Outlaw by James Patterson
Devoted by Dean Koontz
Fearless by Fern Michaels
Hidden Salem by Kay Hooper
Revenge by James Patterson
The Wedding Dress by Danielle Steel
The Water Keeper by Charles Martin
The 20th Victim by James Patterson
If It Bleeds by Stephen King
On a Coastal Breeze by Suzanne Woods Fisher
Cries From the Lost Island by Kathleen Gear
The Boy From the Woods by Harlan Coben
A Conspiracy of Bones by Kathy Reichs
The K Team by David Rosenfelt
A Forgotten Murder by Jude Deveraux
This Is How I Lied by Heather Gudenkauf
One Little Lie by Colleen Coble
Long Range by C.J. Box
Journey of the Pharaohs by Clive Cussler
Hit List by Stuart Woods
The Numbers Game by Danielle Steel
A Reasonable Doubt by Phillip Margolin
Secrets of My Heart by Tracie Peterson
Out of the Embers by Amanda Cabot
The Night Watchman by Louise Erdrich

*For new patrons, the director or  staff member may ask for the last three (3) months paid bill receipts with a current address displayed on it. (Driver’s licenses will not be accepted.) The patron must then fill out an application card, and a reference should be given of a business person in Marion, or if not known, a reliable person in Marion known to staff. The library shall be free to the use of the residents of the library district, subject always to the rules and regulations as the library board may adopt. The library board may extend the use and privilege of the library to nonresidents of the municipality upon completion of the application process.

What is the card for?
The Kansas Library eCard provides access to digital library services available to all Kansas residents regardless of location. Included in the services offered are Universal Classes. Universal Class offers over 500 online courses in more than 30 areas of study. Since Universal Class offers everything from Microsoft Excel to parenting skills, you’ll be sure to find something of interest to learn. These are actual online courses with an instructor, assignments, and lecture materials. Lecture materials can be both text and video. At the end of the course, students with a passing grade will be issued a certificate. Video audit is available on many courses so you can view materials without taking the full class (no certificate for this option).

How do I get a card?
All libraries in Kansas can make eCards for their patrons. If you do not already have a local library card (for checking out books), the library may ask for proof of residency.

When does my card expire & how do I renew it?
eCards expire every 3 years. If yours has not yet expired, you will be able to login above and view the expiration date. eCards can be renewed at any Kansas library.

Who can get a card?
Any resident of Kansas. There are no age limits but very young Kansans will need a parent or guardian to request a card on their behalf. Some resources may not be useful to those that cannot read or type.